back to all posts 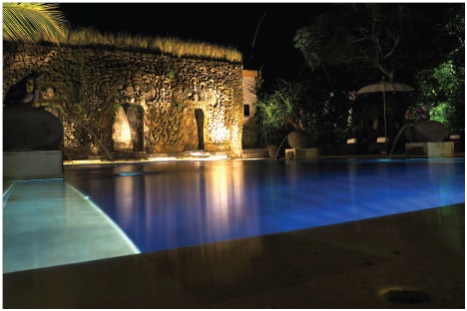 LEDs are being broadly adopted in lighting in part due to the promise of long life, SSL product developers must take steps to protect the LEDs and other system components to deliver on the promise.

Over the past decade, the use of LEDs for home and commercial lighting has increased exponentially, with a wide range of applications and specialist features that incandescent and fluorescent lighting systems simply cannot deliver. The broad adoption is due to a number of benefits led by energy efficiency but also including reliability and long life. Indeed, the considerable improvement in the life span of the component, which is substantially greater than both the traditional incandescent and fluorescent lighting technologies, can greatly reduce maintenance costs and delay retrofit cycles. But LEDs require complex electronics as part of the solid-state lighting (SSL) system and the products are regularly used in harsh environments. To deliver long life, product developers must get thermal mitigation correct and often must protect the LEDs. Here we will discuss polyurethane encapsulation to boost reliability while maintaining good optical performance.

The increasing variety and complexity of SSL applications is creating new challenges in that users still expect the highest level of performance despite what’s often a challenging environment. Reliable product development tests what’s available in terms of protective materials. In short, protective materials must ensure that the LED can perform in all environments, whether this be an internal application in Europe, outdoor street lighting in India, or underwater lighting in Australia. LEDs are sensitive electronic components and often require additional protection against mechanical damage, moisture, and other environmental factors.

The use of an encapsulation resin to protect LEDs has become increasingly  common over the past few years. The selection of the resin is dependent upon several different characteristics: the viscosity of the mixed system; usable life and gel time for the liquid properties; and the hardness, density, color, and operating temperature of the cured resin.

When directly protecting the LED, there are a number of essential factors. Key among these is the clarity of the material applied to ensure the maximum utilization of light output from the LED. In addition, any potential changes that can occur over the lifetime of the LED must also be considered.

Electrolube has developed polyurethane encapsulation resins that cover a range of different property requirements that have been optimized for the LED encapsulation market. Two component (2K) resin systems are designed to offer ease of handling and allow the liquid resin to flow into the housing and around the LEDs yet will react to form a tough cross-linked polymer that protects against the environment.

Polyurethane resins are available in a range of different size packs, which are designed to allow both manual and machine mixing and dispensing. For low-volume or prototype work, manual application is often the best option. For series production, machine application is by far the preferred method as it allows for the production of a consistently-mixed resin, which is independent of the machine operator and the unit into which the resin is being applied.

Certainly, the use of a machine is the most economical method for resin application, and there are manufacturers who can offer suitable equipment dependent upon the volumes to be dispensed.

There are some important considerations to note when potting or encapsulating LEDs. For example, it is important that the geometry of the housing and any other pieces such as lenses is considered. The mixed resin is designed to flow around any obstacles in its way; however, if there are undercuts or overhangs, then these can potentially trap air, which can result in poor adhesion as well as lead to bubble formation during the curing time.

If a large volume of resin is to be potted into a single unit, then it will be worth considering potting the desired amount in two or three charges or shots; this allows for any resin shrinkage to be taken into account as well as helping to minimize any trapped air. Also, the staged application approach allows for the use of a second resin, which could be an opaque or colored layer to give desired optical effects in the finished lighting product.

Generally, materials companies carefully assess the optical properties of the cured resin to ensure that the resins preserve the color characteristics of the LED to the extent possible. Still, when the color temperature of the LED is measured in an encapsulated state, you will typically find that the CCT has shifted relative to the LED specification. That shift is proportional to the depth of the resin layer applied over the top of the LED. However, it is possible to minimize the color shift by careful selection of the resin type and the depth to which it is applied.

Of course, we have mainly been discussing the LED itself, which is the most visible component of the lighting unit to the ultimate end user or customer. But SSL systems are complex, and there are other components present that would also benefit from being encapsulated in resin to extend their service life. Examples include transformers, sensors, capacitors, and resistors.

Product developers have options to protect all the electronics in an SSL system. For these components, there is a wide range of encapsulation and thermal management products that are specifically designed to maximize the service life of the complete unit. For certain applications, such as emergency, tunnel, and explosive-atmosphere lighting, it is also possible to use flame-retardant resins to encapsulate the units to meet ATEX requirements.

The range of optically-clear resins developed for LED applications comprises all polyurethane-based resins. Polyurethane resins are highly suitable for the protection of LEDs in a number of different environments. They can also be adapted to offer additional benefits, such as pigmented systems used for covering the PCB up to, but not over, the LED. Such resins are used for protection of the PCB, offering an aesthetically pleasing finish while adding to the performance of the luminaire by reflecting the light off the PCB and increasing light output.

Of course, product developers must carefully consider the system-level optical properties of a finished design that might be quite complex. The amount of light energy that a single LED can produce is relatively low — hence the need to cluster a number of components together in order to produce the desired amount of light. There are a number of methods for obtaining the desired color, either with white LEDs, which produce light in a broad wavelength range, or with monochromatic color LEDs that produce light in a more discrete wavelength band. By combining assorted color LEDs together, it is possible to produce a wide color palette. Once the light engine design approach is decided upon, the protection scheme must be devised.

Material selection can impact the product’s optical performance positively or negatively. For instance, a developer can specify a material that essentially acts like a secondary optic, eliminating the need for a separate diffuser.

Material selection can also provide protection from ultraviolet (UV) energy, a feature that is important in many outdoor applications where a luminaire is exposed to direct sunlight. The UR5634 material, for example, achieves a water-white transparency for LED potting applications and is particularly resistant to UV light. It has been widely used as an LED encapsulant in outdoor applications.

To minimize the potential for yellowing due to UV exposure, the polyurethane resins typically use an aliphatic isocyanate chemical in the formulation, which has been carefully selected to offer optimum long-term stability as well as having one of the lowest hazard classifications. Since the resins are polyurethane based, the maximum service temperature is 130°C. For applications requiring products that can withstand higher service temperatures, product developers have other material options. For example, Micolube has an optically-clear silicone that can withstand temperatures up to 200°C.

Product developers should further ensure that material manufacturers have tested their formulations and validated long-term optical performance characteristics. Let’s continue to discuss UV as an example. UV stability is of key importance when considering polyurethane protection systems for LEDs. In order to verify stability, Electrolube completed weathering resistance tests on several encapsulation resins. Tests were conducted in accordance with the testing standard ISO 4892 Part 3 Cycle 1, “Plastics Methods of Exposure to Laboratory Light Sources,” and carried out in a QUV SE Accelerated Weathering Tester.

After 1000 hours of exposure, the results indicated that the optically-clear polyurethane and silicone resins, UR5634 and SC3001, have superior resistance to UV light, maintaining their clarity throughout the exposure testing. Exposure intensities will vary depending on geographical location; therefore, it is important to establish the correct accelerated exposure time for your region. As an example, this test is roughly equivalent to four years’ weathering resistance in a typical Northern European climate.

Depending on the application at hand, product developers may need to verify other material testing. End products that will be deployed in harsh environments near or under water require materials proven in such an environment; salt water can be an especially tough challenge.

The high resistance levels allow for a wide variety of underwater applications including underwater cable jointing, protection of underwater LED lighting in both fresh and salt water swimming pools, lighting on ship decks, and protection of various sensor devices. In such cases, clear or colored resins may be needed and must offer high adhesion and low dielectric constant throughout the lifetime of the device operating in harsh conditions. The following case study clearly demonstrates the effectiveness of polyurethane encapsulation resins for challenging and even harsh environments.

Let’s conclude with a brief summary of other polyurethane properties that are a good match for SSL product development, ensuring that the LED components deliver on their promise of long operational life. Polyurethane resins are typically elastomeric or rubbery in their cured state, which is particularly useful if the circuit to be potted contains delicate components. They also provide chemical, dust, and moisture resistance as well as excellent electrical insulation and good adhesion to most substrates, both metal and plastic.

Unlike their epoxy counterparts, polyurethanes have a lower exotherm during cure, even for fast cure systems. However, cured polyurethane resins should not be allowed to rise above 130°C continuous service temperature. Polyurethane resins come in white, black, blue, clear straw, hazy/cloudy, and optically-clear formulations and offer a host of properties to meet the needs of high-temperature environments and those exposed to chemical contamination, mechanical stress or shock, and moisture ingress.

LEDs are the driving force today for general lighting applications. Thanks to improved luminous efficacy and brightness, along with efficiency and long life, they have revolutionized the market. But product developers must ensure that they deliver on the long-life promise. And the list of tough deployment environments is long. Lighting applications include architectural, signage, street, retail, leisure, office, residential, industrial, medical, aerospace, automotive, and marine usage. The list is endless and just as the LED market is continuously growing and expanding into new areas and applications, the same is true for encapsulation resins.

To overcome the practical and technically challenging problems that are frequently encountered, product developers at LED manufacturers can turn to material specialists for guidance on which potting and encapsulation resin or thermal management product is right for their project.